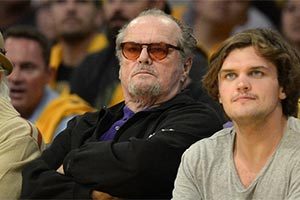 I don’t know much about sports, but evidently something significant happened this week involving something called “the Lakers.”

As nearly as I can figure, “the Lakers” consist of a man named Phil Jackson and someone named “Kobe.” Among the people who show up to watch “the Lakers” do whatever they do is Jack Nicholson. Him I’ve heard of. The rest of us watch Jack Nicholson watching “the Lakers.”

As to what “the Lakers” actually do, I gather from their press conferences that they apologize. A lot. Since they engage in some sort of competition, I’m guessing that they go out onto “the court” and try to out-apologize their opposition.

So, apparently on Wednesday night they won some sort of apologizing tournament, because about a billion people showed up to celebrate their victory—and they must have used up all their apologies to win the tournament, because there was none left for the post-event press conference.