Things Could Be Worse 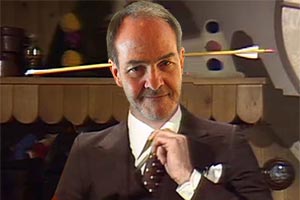 I haven’t had any more stem cell treatments since my last update, mostly because we are carefully evaluating which treatment programs are genuine and which are not, however well-intentioned. As you probably know, stem cell therapy continues to be a controversial approach, not so much because of the science (which is pretty solid), but because it’s difficult to separate the good guys from the bad guys.

To give you an example, one of the treatment centers that we were considering in the early days – in fact, I had already made plane reservations to go to Florida to work with these people – turned out to be doing a lot of hinky things, which attracted the attention of the FDA and other federal agencies, and their entire leadership team is currently under indictment. (A big belated shout-out to United Airlines for refunding my airfare, by the way.)

At the time, we all thought their chief scientific officer was really onto something. And we were right – if that something we thought she was onto was greed and opportunism.

In the meantime, I have been focusing on things that I can control, such as meditation, diet, and exercise. Regarding the first one, I have been practicing Transcendental Meditation for decades, and that continues to be the best arrow in my quiver for normalizing my physiology. (To the dismay of many, including my long-suffering wife, TM has had almost no affect on my warped sense of humor. If anything, it has made my sense of humor even warpter.)

I have rejoined the gym, and I do physical therapy a couple of times a week. These activities have had a positive effect on my stamina, balance, and motor functions. (Just recently I discovered that my right arm, which I had pretty much given up on, is capable of doing rowing motions, which is astounding everybody. I’m not sure how practical this is, though, because the odds of my actually rowing anything are rather slim.)

Because of the aforementioned diet and exercise, I have lost a lot of weight (on purpose) – about 25 pounds, putting me in the range I maintained as a young adult. As anyone who has shed some avoirdupois knows, and with no disrespect to plus-size individuals, carrying around less weight improves just about everything, including reduced stress on the body in general.

My next move is going to be another deep dive into blood/allergy testing. Knowing what foods to eat and what foods to avoid has been greatly beneficial, but the body changes from time to time, and I need to know what it needs, and doesn’t, right now.

I very much appreciate the support of everyone who helped me with my stem cell therapy, and what I’d like to do now is spread that support around. I have looked high and low for an organization that specializes in movement disorders, and almost all of them are focused on Parkinson’s Disease. (As you may recall from earlier postings, I was initially misdiagnosed with Parkinson’s, but after my brain surgery did nothing to affect my condition, I was re-diagnosed with a much more rare but much less heinous condition called Primary Lateral Sclerosis, and almost no one pays any attention to PLS because it only affects a few hundred people in the world.)

So anyway, I was looking for an organization that was looking into neurological conditions other than Parkinson’s, and I ended up finding one close to home, educationally speaking: it turns out that my alma mater has a department specializing in movement disorders, and they have a number of ways to support their efforts. I would encourage you to give to the Columbia University Department of Neurology. That way, you’re not only helping me, but helping everyone who has any kind of neurological condition.

Enough about me. I hope you are enjoying life to the fullest – as am I.

Things Could Be Worse by Jay Mitchell is licensed under a Creative Commons Attribution-NoDerivatives 4.0 International License.